AN EVENING OF INNOVATIVE DOCUMENTARY ARTS

Does Vienna – does the world need an international forum dedicated entirely to innovative documentary film? We are tackling this question with UNDOX, which was launched a year ago.

This question cannot be simply answered, because actually it is not even clear what “innovative” can mean at all, while relating to documentary film. This can be only answered collectively on the spot: with each and every film anew!

A soothing shot of wine – available from 6 p.m. at the foyer of Vienna Museum of Contemporary Art- could prepare you for nearly “extremist” adaptations of reality, which will be awaiting you in Blickle Cinema, Vienna’s most extraordinary cinema hall. UNDOX is thought to be an intellectual adventure, an expedition into the unknown corners of reality – so do not lose your sense of humour, even if you feel that your common sense has abandoned you.

Making Off (Germania Dreamland) is a complex history viewing whose argument deliberately remains fragmentary: Three young men with a migrant background are swishing on a rollercoaster through the air to the sounds of George Bizet’s opera “The Pearl Fishers”. It becomes very evident that it boils down to centrifugal forces, which no “Dreamland” can escape from in a long-term run. – more

It’s Friday the 13th and the full moon, when Erich Taschek dies in his bathroom. But was that the moment in which the filmmaker’s father has disappeared from her life? Michaela Taschek engages into an essayist search for traces, using photographs from the family archives. Her thesis is: her father had perished already 24 years earlier and has been replaced by a doppelganger. – more

Within the 15 minutes in which they have to clean a room, the members of ““Las Kellys”, a Spanish association of chamber maids, are talking about their situation and explaining about how they are beginning to organize. – more

Afterwards Q&A with the filmmakers Michaela Taschek and Istvan Gyöngyösi.

Dr. H. inherited a house in the center of Vienna worth millions from his aunt, who wasn’t really his aunt. Dr. H. is depressed and would like to die – if it wasn’t for his brother B., who also isn’t really his brother. Dr. H. talks about how he rescued B. out of a coma after a stroke, with the help of a veterinarian. And how B. helped him to obtain the house from his so-called aunt. Dr. H. has a plan for a non-profit foundation… – more 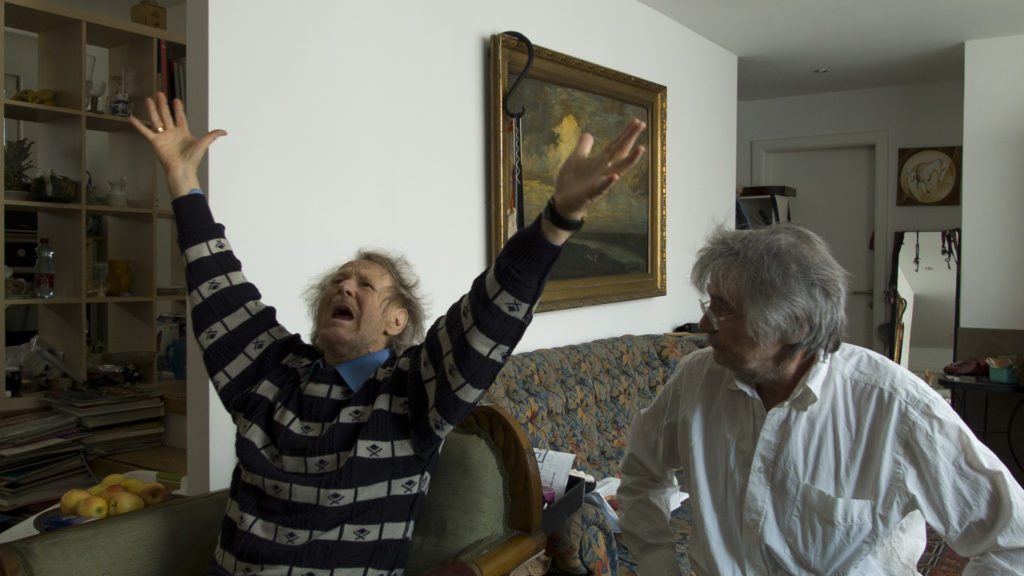