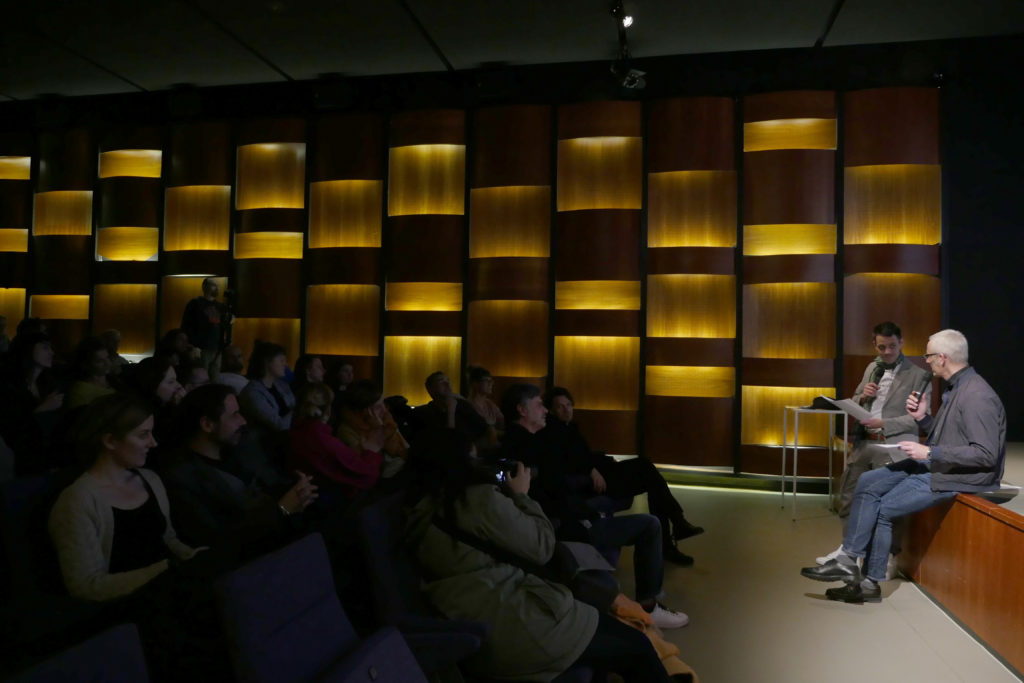 On November 24th/25th 2017, a unique international film festival UNDOX has been launched in Belvedere 21, Vienna’s Museum of Contemporary Art. In the future, it is going be dedicated to the future of documentary film art. Films that are honored are exclusively those with novel approaches and the courage to enter new territories in terms of both production and narrative style. In 2018, on the occasion of our 1st anniversary, an UNDOX movie night is going to be held on November 22nd as part of the Vienna Art Week. The next UNDOX event is going to happen on November 22nd/23rd, 2019.

We focus on innovations in contemporary Austrian and international documentary practice. Especially when it comes to those innovative methods and formats, a concrete forum for them is still missing today. Because of their inherent break with the established, they generally have a hard time surviving the selection process of festival juries that do not place a special emphasis on cinematic innovation. That means that many films, that have been selected for UNDOX, have rarely been streamed before and probably won’t either be in the future.

Essentially, “innovation” cannot be clearly defined until it has been specifically “created” by someone. In terms of content, documentary films should of course always be innovative insofar as they promise the audience something new in terms of reality. For us however, it’s much more interesting to explore innovation in contemporary documentary practice rather than the content-based focus, which is paramount to most documentary film festivals. This includes editing and the entire post-production process. Therefore, also the storytelling and everything that might represent “documentary language” is considered extremely important: including all sorts of likely and unlikely documentary constructions applied to make reality more tangible for us. In relation to documentary practice, we can state that an innovative moment dies after being incorporated into a standardized structure. That’s why innovation goes through a certain half-life period, in relation to ever changing conventions and techniques. The innovative element triggers off a historical process and what makes it exciting is being able to witness its success (or even its failure). The question, if it manages to establish itself, is an inquiry of not lesser importance that deserves to be contemplated during the film presentation.

To strengthen this discourse, we would like to engage curatorial patrons (“hosts”) for every film, who will present and discuss the films in the cinema hall. This board of trustees is coordinated by the filmmaker Ascan Breuer, the artist and curator Amina Handke and the film theorist Vrääth Öhner. The curators select their films independently and individually, so the final line-up is not the result of a collective process.

UNDOX is a young initiative in its founding phase. So far, no adequate funding for the 2nd festival edition could be ensured, so this year we are somewhat constraining ourselves to an entertaining “movie night” for our 1st anniversary. The festival can be continued not earlier than in spring 2019 – if enough support can be found…

At least, UNDOX is being supported by the Diagonale director Sebastian Höglinger and by Alejandro Bachmann, who, both serving as UNDOX 2018 curators, selected the Viennese film A MILLIONAIRE’S MELANCHOLY by Caspar Pfaundler.